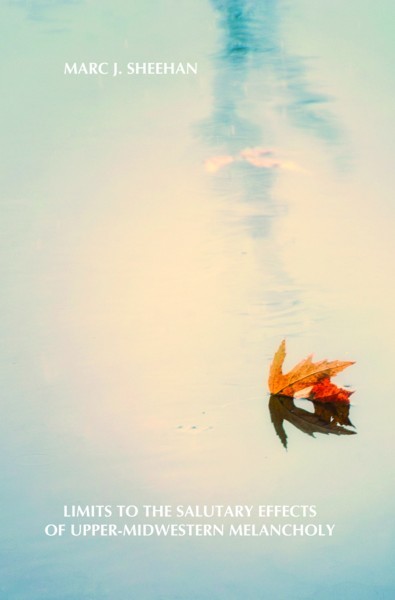 Tags: Interview, Linda Hogan
In 1991 I interviewed the poet and novelist Linda Hogan for the Lansing Capital Times in conjunction with a panel discussion of Native American literature. Looking back I would have slanted my questions differently, but she was a great interviewee.

Marc J. Sheehan: Your first book publications were collections of poems. How has it been to move from working in that form to writing prose?
Linda Hogan: For me it’s a completely different way of thinking. When I’m working on prose I can tolerate some interruptions: if my daughter has a question to ask, I can answer it then go on because there’s sense of other people and dialogue and all kinds of things that don’t appear in the kind of poetry I write. When I’m writing poetry I really need more of a meditative sort of state. For both it seems like I need fairly large blocks of time, but I need larger period of solitude for poetry.

MJS: Are there economic and social pressures to write fiction because there’s a wider audience for it?
LH: Not many people ready poetry, and I really do not know of anybody who makes a living off of poetry – although I know of people who manage to survive by giving readings and workshops. With fiction I hear rumors that people make a living off it.

MJS: In “Just Before Dark,” Jim Harrison’s new collected non-fiction, he notes the large percentage of women among important Native American writers. Is there something about Native American culture which is more receptive of women in the arts?
LH: It’s hard to talk about culture in general, but I do think that of the women writers I know a lot of them have more of a sense of the necessity of writing than many of the non-Indians writing. I mean it really is a matter of survival. And between men and women writing, Indian men have fared much worse economically then we have. They can never be a part of the dominant culture.

MJS: Harrison also notes the large number of Native American writers who work in both verse and prose. Is there a reason for so many writers working in both genres?
LH: I think it’s very practical. When you have a story to tell you have to find a form to tell it – you just can’t afford to let it go. I never thought I’d move into writing a novel except I thought the story was so important to tell and there wasn’t a way to tell it in poetry.

MJS: How do you feel about non-Native writers such as Tony Hillerman, Peter Matthiessen or Gary Snyder who write about Native American culture?
LH: Do you have about eight hours? [Laughs.] It really depends on the writer and the way they handle the material, and the respect they show for it. Tony Hillerman, for instance, has been given several awards by the Navajo people, and I think that speaks more loudly than I could on his behalf. With Peter Matthiessen, his book, “In the Spirit of Crazy Horse,” is just an incredible book, and that fact that the FBI was after him and sued him over it makes me think he must be doing something right. I respect his work just generally speaking. With Gary Snyder, Leslie Silko wrote an essay entitle, “An Old-Time Indian Attack in Two Parts,” where she talks about how, in trying to find something for himself, he has gone to other cultures. I think there is something missing from a lot of writers in the dominant culture and they search for it in other places.

MJS: The legal situation you write about in “Mean Spirit” is so terrible. Has that situation improved, say, between the 1920s and now?
LH: Somewhat. Since that time there’s been the Indian Reorganization Act and other attempts to change things, but nothing has really righted the situation for Native American people. And the legal history is just so incredibly complex because tribes by treaty are supposed to be sovereign nations, but that’s not the case because none of the treaties have been upheld.

MJS: With “Dances With Wolves,” among other things, there’s a new interest in Native Americans. Is the popular image of Native Americans more sensitive and accurate than it’s been in the past?
LH: If I was being intellectual about it, I would say that “Dances With Wolves” is some kind of change, but in my experience in non-Indiana communities, I don’t see that much change. For a person in my age group I get really discouraged because I see people in the next generation struggling with exactly the same things we did. It takes an incredible amount of energy for people to keep working toward different kinds of change, especially when your energy needs to go into your own community, not into changing the outside community.

MJS: So there may a change in the popular culture image of Native Americans, but that hasn’t filtered down into every reality.
LH: No, I don’t think it has. Someone might argue with me, and I hope they’re right.